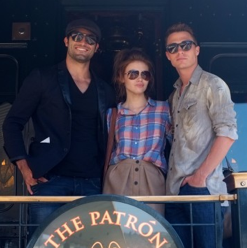 This past weekend, the Patrón Tequila Express left the station in Los Angeles and headed down to Comic Con in San Diego. Celebrities and press were able to hitch a ride with Patrón and stay tipsy to and from Comic Con.

On Saturday night at the Santa Fe Train Station, guests were able to enjoy another evening with Patrón as they had fun in the photo booth and also checked out the train.

Colton Haynes, Tyler Hoechlin and Holland Roden from Teen Wolf all caught a ride back on to Los Angeles on Sunday as the comic-book convention came to a close.

Below find the recipe for one of the signature cocktails, ‘Running the Rails,’ that was served at the party Saturday night:

– 2 watermelon cubes on a pick, dusted with fruit seasoning, for garnish.

– In a mixing glass, muddle watermelon with chopped jalepenos; combine the rest of the ingredients; fill with ice. Shake hard. Strain into a glass over ice.

-Pour Patrón Reposado and Patrón Citrónge over ice. Add fresh grapefruit juice to taste. Top off with a splash of club soda. 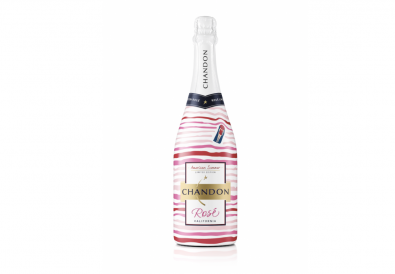 Will You Accept This Rosé? 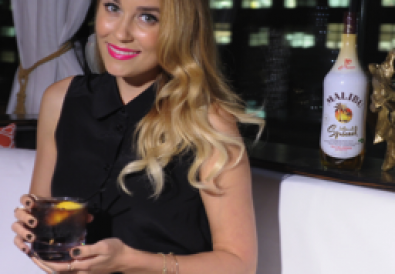