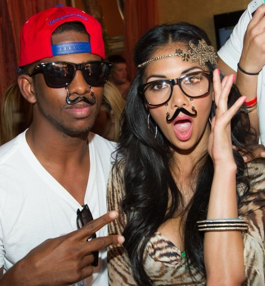 A parade of blow up animals crept through the packed party as they made their way to the birthday girl. Two shirtless studs led the train with a special surprise from hair care line Herbal Essences; a custom four-tier red velvet cake adorned with tropical accents and decked with cherry blossoms.

Nicole, an Herbal Essence Ambassador, was completely surprised and giddy with excitement as she jumped and danced in the moment. Herbal Essences also presented her with a birthday present and Alexander McQueen baby pink leather clutch with quilted detail and gold accents. Nicole adored her new accessory and continued to party at her cabana, even jumping on the mic to say a few words.

“Thank you for coming out to celebrate my birthday with me,” Nicole stated. “This is my dedication to you.” Just as she finished her sentence Jay-Z & Kanye West’s “N***** in Paris” dropped and the crowd went wild.

Throughout the day, Nicole was spotted playing with dangling mustache glasses, taking photos with fans and later jumping on the mic once again to surprise the crowd with a performance of “Don’t Cha” and a medley of her other hits. All eyes were on Nicole as she let loose and grooved to the sounds of DJ Lema, who dropped the world premier of Nicole’s newest record “One More Shot.”

Chris Paul of the LA Clippers also joined in the events as he started his day off at TAO Beach. The NBA all-star, friends and teammates took in the scene not too far from Nicole as their table also overlooked the rest of the pool scene. Once settled into the cabana, Chris got ahold of a huge water gun, running around spraying the crowd and playfully soaking Nicole and her friends at their cabana nearby, which inspired Nicole to also play along as she put the “mood director’s” water backpack on and sprayed over the crowd.

The party rolled from day to night as Nicole arrived at Tao Asian Bistro in a gold and glittery Haute Hippie dress, Norman Silverman bangles and ring, a Loree Rodkin ring, and gold Giuseppe Zanotti heels. She dined on house favorites before making her way to an elevated VIP table  that looked over the club scene with friends including actor Quinton Aaron, known from his role in “The Blind Side.”

Soon enough, Nicole jumped in the DJ booth with resident DJ Vice as he led the entire nightclub in a special rendition of “Happy Birthday.” She was yet again surprised with a cake and got on the mic to express her appreciation. She said, “What’s up Vegas? Thank you so much for coming to celebrate my birthday. Let’s give it up for my boy DJ Vice. C’mon baby!” Nicole felt the love that night as she danced the night away, receiving multiple shout outs and a special bottle presentation. 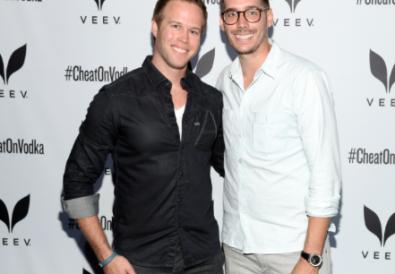 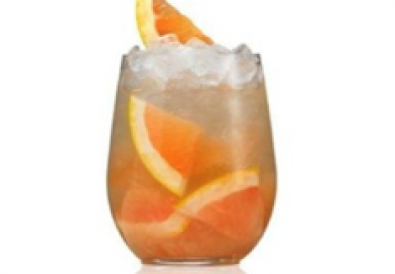