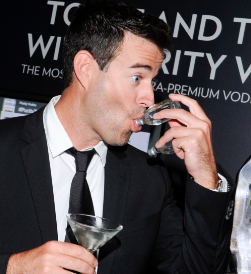 The Voice host and Critic’s Choice Television Award Winner Carson Daly ran up to the Purity Vodka Toast and Tweet suite and proclaimed, “Free Vodka? We can go home now!” As for whom he was toasting to at the Purity Vodka Toast and Tweet Suite? “The wonderful world that are television critics and to my fellow reality show hosts – it’s a tough job but someone has to do it!” But don’t count on Daly to share the award with his co-hosts, he proclaimed, “Make sure that comes to me afterward, don’t you dare give that to Adam or CeeLo!”

Community’s Joel McHale strolled over to the Purity Vodka Tweet Suite joking, “Ohh I wish I had some mini Vodka bottles…” he jokingly pretended to steal some mini bottles while sipping on the Purity Vodka Cocktail, “Critic’s Choice.”   Julianne Moore joined the winner’s circle and stated, “it’s always nice to win and not lose! My daughter cares a lot about winning, I’m gonna text her right now. She’ll be thrilled.”

Julie Bowen saw her Modern Family costar, Nolan Gould and immediately ran up to him and squeezed his cheeks. He later tweeted, “Julie can never keep her hands off me” @PurityVodka #PurityToast

Best Martini in a Series

Served straight up in a martini glass

Served over ice in highball glass 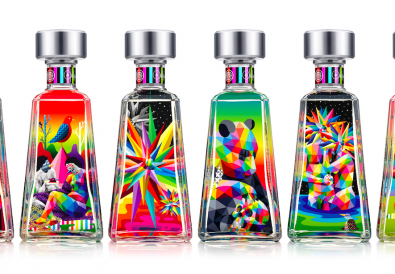 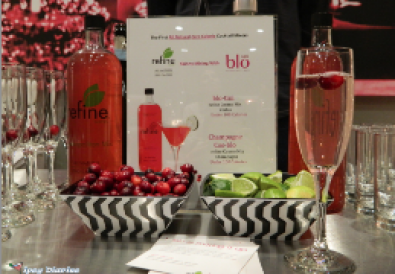