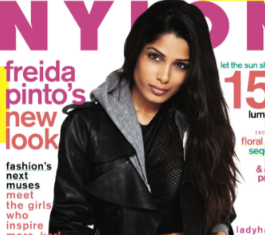 The April Anniversary Issue of NYLON Magazine will feature the always fashionable, Freida Pinto, on the cover. Throughout the article, Frieda is pictured wearing a Chanel jacket on page 1, Marc Jacobs jacket, Roxy top, Calvin Klein jeans, and a Bing Bang necklace on page 2, and a J Brand jacket, A.P.C. shirt, Sophomore tank top, Diesel jeans, and a Made Her Think ring on page 3.

Pinto will be starring as the title character in Trishna, director Michael Winterbottom’s India-set update of Thomas Hardy’s 1891 novel Tess of the d’Urbevilles, which is slated for US release in July 2012.

The April issue is scheduled to hit newsstands on March 27th.

On boyfriend and fellow star of Slumdog Millionaire Dev Patel:

“Dev has always been an amazing actor, and I feel people have not tapped into a quarter of what he’s capable of- not even a tenth of it.  Being at home with him, I know how dramatic he can be and I know his range of emotions are, like, massive.”

On avoiding stereotypes in film:

“I feel like one actress who is doing it is Marion Cotillard,” she continues.  “She plays all these characters even though she’s French and has that amazing French accent.  Like when she was in Inception, there was never talk of her being French.  She was just playing a character.  I think that is really inspirational when people do that.  And it is nice for me to play Indian stories or for her to play French stories, but it does not have to be this stereotypical role.  It is a very global world and it is great to be proud of where you come from, but you don’t have to go into stereotypes.”

Tags: freida pinto on the cover of the april anniversary of nylon magazine, The April Anniversary Issue of NYLON Magazine 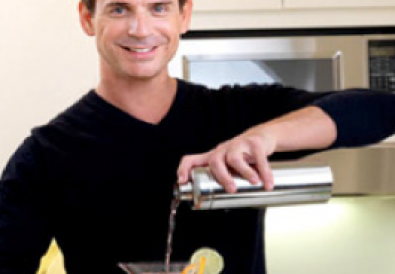 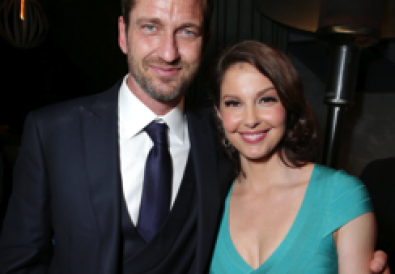