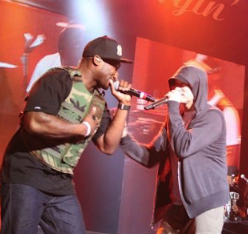 Austin, TX – On Friday, March 16, Greenhouse presented the Hospitality Lounge at the Shady 2.0 SXSW Showcase in Austin, TX. The Courvoisier sponsored event featured 50 Cent and his first ever live performance of his Get Rich or Die Tryin‘ album. Eminem came out during 50’s performance, as well as Tony Yayo. Additional performances by 50 Cent’s new G-Unit artists, Paris and Kidd Kidd, and also Action Bronson, Black Hippy’s Schoolboy Q, Don Trip, Big K.R.I.T, and Slaughterhouse. Definitely one of the hottest spots all week!

The best part, of course, was the alcohol! Courvoisier has recently launched their newest cognac, C by Courvoisier, and it was everywhere backstage at the Shady Showcase. Hip-hop DJ, DJ Whoo Kid, was the social media ambassador for Courvoisier all week at SXSW and he had the inside scoop…

Tipsy Diaries: Was this your first time at SXSW? How was your overall experience?

DJ Whoo Kid: It was my first time! I never saw so many hipsters in one place lol.

Tipsy Diaries: How did you get involved with Courvoisier at SXSW?…Are you a big fan?

DJ Whoo Kid: I’ve always heard how crazy it was out there. I’m glad that it took Eminem to bring me out into that experience. It felt like a 2012 Woodstock.

DJ Whoo Kid: I’ve always been a fan of Courvoisier for years. It’s cool to have a bottle in the VIP with some sexy women. They seem to love the fact that it’s not so rough on them when they drink it down.

DJ Whoo Kid: Royce da 59 dropped a bottle which drove me crazy and G-Unit’s Tony Yayo stole another one of my bottles to the hotel. The whole band was enjoying Courvoisier while I was uploading the Eminem records on my replay for his performance. It was so bad that I had to take the last bottle on stage to make sure I was straight after the show.

Tipsy Diaries: You’ve collaborated with a number of the top artists of today..what’s next for you?

DJ Whoo Kid: My next collabo is with Snoop Dogg, David Banner, 50 Cent and the new XXL Freshman mixtape. Also creating a band to go on the road to my club gigs.

Tipsy Diaries: Will we see you at more Courvoisier parties and events?

DJ Whoo Kid: I will definitely be at the next Courvoisier event!

Check out 50 Cent and Eminem on stage performing ‘Patiently Waiting’… 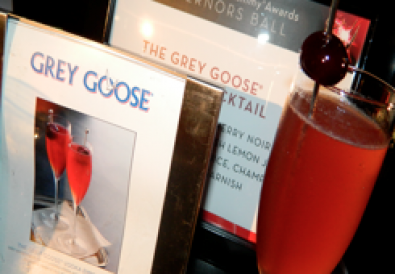 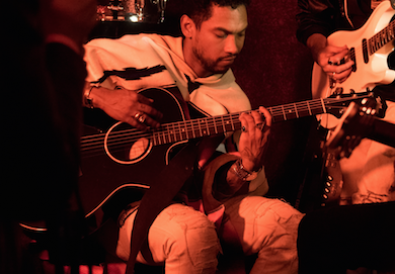 Miguel’s ‘WILDHEART MOTEL’ Unveiled In Los Angeles Over The Weekend 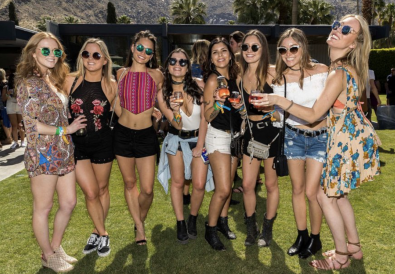