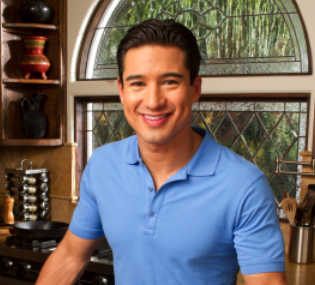 MINNEAPOLIS – This March, college basketball will inspire celebrations both on and off the court, and to help fans plan their get-togethers, Betty Crocker has created 16 super-snackable party food ideas for the second annual “Betty Bracket” recipe showdown.  All 16 recipes in this year’s bracket leverage one of the hottest trends in the world of food today – cooking with beer – to give a modern twist to “fan favorite” party foods like nachos, sliders, cupcakes and frozen pops.  Fans will vote on the 16 recipes to determine the top party food.  Betty Crocker has also tapped a special teammate – sports-loving actor and popular TV personality Mario Lopez – to create this ultimate recipe face-off between savory and sweet.

“Nothing brings friends together like the fun and excitement of watching live sports,” said Mario Lopez. “And even when we’re cheering for different teams, the one thing we can usually agree on is great food – it brings people together.  The Betty Bracket combines the things I love most about sports – good friends and good food – and I’m excited to share these amazing party food ideas with other fans like me.”

All-new for 2012, the Betty Bracket program will feature both savory and sweet ideas that leverage the trend of cooking with beer.  The eight savory “Beer Meets Bar Food” recipes include “Cheesetastic” ideas like Mario’s favorite Beer Queso Nachos – a delicious, meatless take on traditional nachos – and “Meaty Eats” ideas like Beer Mi Asian Meatball Subs inspired by the popularity of the Vietnamese Banh Mi sandwich.  The eight sweet “Beer Meets Bakery” recipes include “Chocolate!” ideas like a Tall, Dark and Stout Chocolate Layer Cake inspired by the revival of the layer cake and “Sweet Treats” ideas like Black and Tan Beer Pops which play upon the current craze for frozen pops.

Three rounds of voting will begin on Tuesday, March 13 and run through Wednesday, March 28. After each round of voting, recipes will be eliminated and the top picks will move on to the next round. The winning recipe will then be announced on March 29. All 16 recipes will remain available at www.BettyCrocker.com/bettybracket so as fans can incorporate them into their party planning throughout the March basketball season.

The super 16 making up this year’s Betty Bracket include:

Nachos smothered with beer-spiked queso dip are sure to be a hit at any party.

Beer and two kinds of cheese meet in these savory mac & cheese cupcakes. Garnish with beer brats or popcorn.

Spicy buffalo chicken and three kinds of cheese give a kick to a homemade beer bread pizza crust.

This manly sandwich is all about extremes. Two meats – beer-soaked barbecued pork and beef smoked sausage – are piled high on an onion bun with coleslaw and pickles to top it off.  It’s a messy but awesome creation.

Rich chocolate stout frosting and crunchy pretzels take this chocolate chip cookie to a whole new sweet and salty level.  This is a cookie you don’t want to miss!

Like a beer and lemonade shandy? You’ll love this light and refreshing shandy cupcake.

Malty brown ale pairs perfectly with the rich flavors of toffee and caramel in these layered cheesecake bars.

Beer pops! We took a well-known beer drink – the black and tan – and turned it into creamy frozen pops.

Over the Moon White Ale Cupcakes

Fans of Belgian white ale will be over the moon for these ale and citrus cupcakes. 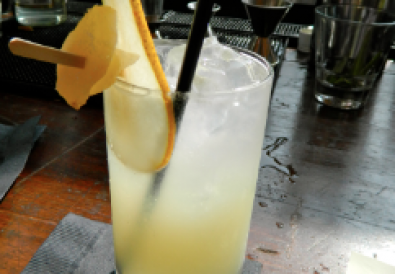