Is there a better way to celebrate your 25th birthday then to hit up Vegas?…Doubt it..

Heidi Montag celebrated her 25th birthday at Hard Rock Hotel & Casino in Las Vegas on September 16. The star, best known for her roles in ‘The Hills’ and ‘Famous Food’ began the evening with a festive dinner at the hotel’s newly-opened 35 Steaks + Martinis. Montag, husband Spencer Pratt, and several friends, enjoyed the scene from a table in the main dining room. The birthday girl ordered the Colorado lamb, perhaps as an ode to her home state, while Pratt went with a lobster tail. The group saluted birthday wishes to Montag with a round of “Heidi fun shots” and drank champagne throughout the dinner. Montag was also seen enjoying the restaurant’s signature dessert, The King of Desserts, featuring a chocolate guitar-shaped guitar and crown.  When leaving, Montag thanked the restaurant staff for hosting the “best birthday experience.”

Montag also tweeted: “This was the best bday ever! @vanitylv @hardrockhotellv and thanked 35 Steaks + Martinis for the best birthday dinner!

After dinner, the group headed to Vanity Nightclub where they toasted the birthday girl with more champagne. Montag was presented with a delicious red velvet cake in the shape of  presents and danced until the early morning hours. 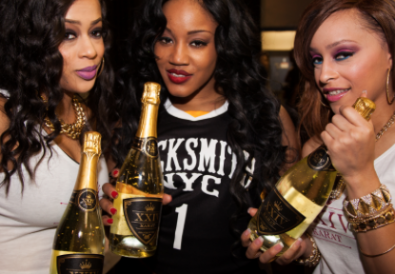