abercrombie has a situation

by tips6247
The Pissed Off Peacock Tipsy Gossip
44 comments 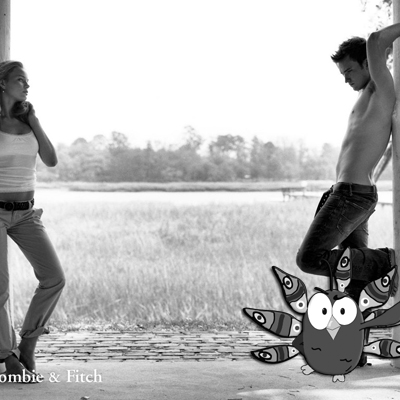 Abercrombie & Fitch extended a generous compensation to Mike “The Situation” Sorrentino to not wear their clothing brand. Abercrombie claims that ‘The Jersey Shore’ cast sullies their brand and can strongly hurt their image.

That being said…what the hell is going on? Abercrombie’s image in its entirety is barely clothed dudes, low-rise pants, and a truckload of sexual tension. So I’ll say it again. What the HELL is going on? Not only does Jersey Shore and Abercrombie share the EXACT same demographic, but their image and branding couldn’t be more similar. Tipsy has no choice but to pull the “Bullshit Card” on this one. There is no refutable evidence that can claim that ‘The Jersey Shore’ cast could ever reflect negatively on anything or anyone other then themselves as individuals. Due to the shows disgusting popularity, the cast wearing A&F clothing would only raise brand awareness by giving such mass exposure, regardless of their conduct. Have these A&F execs ever been inside their own retail stores? It’s one of the only clothing brands that advertise with unclothed models…so screw the conduct. Well, I guess sexual raunchiness is only tasteful with faded jeans and a black & white color scheme, but this is just another extremely transparent publicity stunt, so benefit away!

– The Pissed Off Peacock

Get Your Game On with Cocktails for the Perfect Tailgate!